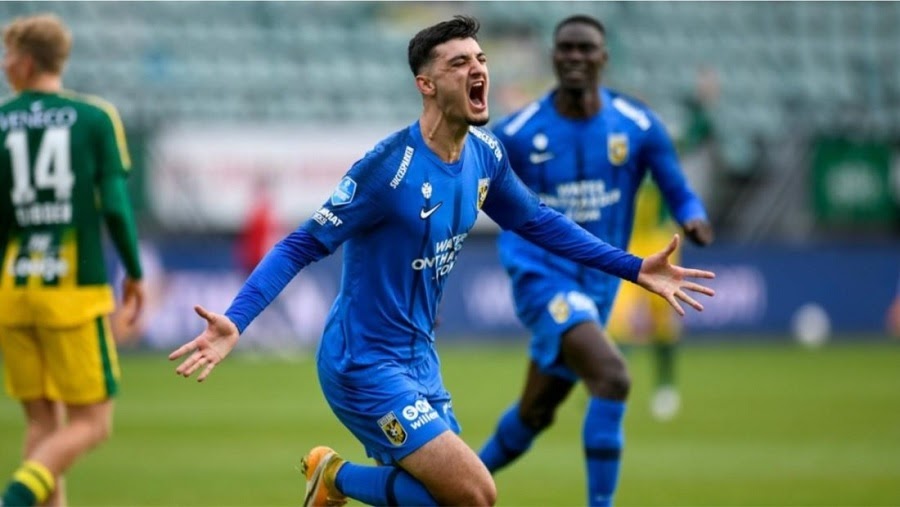 Tell a Chelsea fan about the quality of their academy, and they will nod along sagely. Indeed, until Frank Lampard returned as manager, the academy at Chelsea was seen as a running joke. Most seen it as a place where footballers are developed to a high level, and then sold on to fund the actual first-team reinforcements for the Blues.

However, Lampard’s arrival seen the promotion of the likes of Reece James, Fikayo Tomori, Mason Mount, and Tammy Abraham to the list. While two of that four are likely to leave in the summer – Tomori looks set to sign permanently with AC Milan, while Abraham wants to leave to get more games – another academy starlet could be given a chance to break through next year.

That player is Armando Broja, a young forward who is on-loan at Vitesse Arnhem at the moment. He has scored an impressive 11 goals in just 36 games, which is a solid return for a player making their senior debut. He played a key role in Vitesse finishing fourth, and the Dutch team have asked to take the player back next year. However, it looks like Thomas Tuchel will instead make space for Broja.

With Abraham set to leave and Olivier Giroud set to move on when his contract ends, Chelsea need new forwards. Timo Werner has impressed in spurts, and moves for marquee forwards like Erling Haaland and Romelu Lukaku are being met with frustration. However, Broja would offer the ideal substitute option, providing a youthful, aggressive, and creative presence who could link up with the various other young attackers on the books.

At only 19, the teenager could be given his chance to make a big impact in the 2021-22 Premier League season.

Who is Armando Broja?

Broja is an Albanian international who has been at Chelsea for a while now, signing professional forms in 2020. He has a deal that runs until 2022, and could be set for a new deal and a promotion in terms of his squad position. There is believed to be extensive interest from other teams in Holland and across Europe, but Chelsea view Broja as the ideal kind of forward to introduce to the first-team in the near future.

He has an extensive catalogue of impressive finishes in his game, and quickly established himself as a key presence at Vitesse. An impressive return in the league of 10 goals and 2 assists is an impressive set of numbers for a player who had not really played with any serious consistency until now.

Some fans suggest he would make a useful option to play off a forward or to offer a player who can play a linking role for other forwards. While Chelsea might not be willing to put their entire faith in Broja, it shows how far the Albanian has come that he has gone from another transfer asset to a player that Tuchel could genuinely count upon moving forward.

If you like to get more Chelsea news and more, visit site Churchofedge. They have quite good compilation of articles, including in-depth article on Chelsea’s forward Callum Hudson-Odoi.