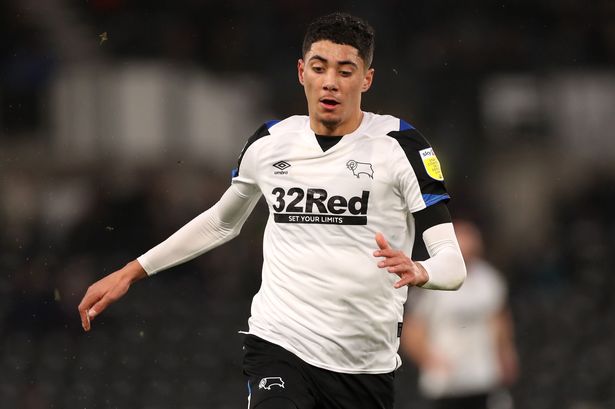 Go back a week, and Crystal Palace were getting it in the neck for the signing of Luke Plange. Accused of ‘taking advantage’ of the plight at Derby County, Palace picked up the promising youngster in a deal that was below-value for the level of talent being purchased. However, Plange was loaned back to the Midlands club to give them another shot at staying up. Under Wayne Rooney, the Rams have made a real fist of making sure they do not get relegated despite a massive points deduction and a decimated playing staff.

However, the loan back for Plange looks to have been especially prescient by Palace given his recent performances. On Tuesday night, Plange played a key role in Derby’s 3-1 win at Hull City, giving them even more of a shot in the arm when it comes to potentially staying up in the Championship.

The 19-year-old played a critical role in Derby’s win. The 19-year-old started the game and was impressive from the first moment. Though he did not score on the evening, he showed everyone his skill with an audacious move down by the corner flag. The game was wrapped up ahead of stoppage time as the Rams came back from an early own goal to race into a 3-1 lead.

Goals from Tom Lawrence, Craig Forsyth, and Festy Ebosele seen the Rams through. However, it was the silky skills of Plange at the endo f the game that got most Derby fans singing and cheering. The player brought a pair of Hull defenders in close to his vicinity before flicking the ball between the pair of their legs with one move of the right boot.

It is a piece of skill well-worth seeing for yourself, that’s for sure.

One of the latest young players to be picked up from the second tier, Palace have made a habit of signing players like Plange. Under Patrick Vieira they have a good coach who can develop talent, and in a strong scouting network the club has become excellent at swooping in for talent that other clubs in the Premier League have ignored.

Eberechi Eze is the headline signing, but Michael Olise looks like he could have every bit as much flair and ability about him as Eze. Palace can also look to Plange as another one to have an eye on for the future. Though the club might see a few of their own young players move on in the summer, the return of a precocious youngster in Plange could only be a good thing moving forward.

For a fee believed to be around only £1m, then, this was a plunge worth taking for Palace. It looks like it will pay off in spades, too, with Plange looking to have all of the skill, class, and ability needed to not only succeed in the Premier League, but potentially even thrive with time.