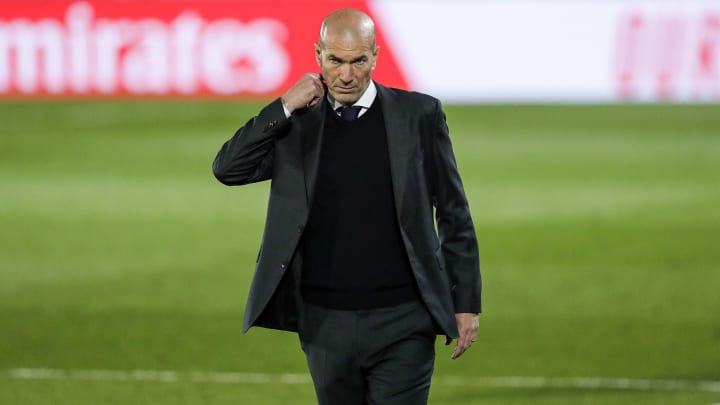 Having rode back into position to save his beloved Real Madrid in 2019, Zinedine Zidane is now leaving for a second time. The Frenchman left under a cloud, before returning shortly after with a massive list of demands. With the squad ageing and not improving, though, it appears the immense stress of managing at the Santiago Bernabeu was too much even for the great Zidane. After winning the league title last year on his return, this year is the first trophyless year for the club since 2009-10.

It also marks the likely definitive end to the relationship of Zidane and Madrid. A legend as a player and a three-times winner of the UEFA Champions League as a coach, Zidane now moves on. Already, links to former club Juventus have appeared, as well as reports linking him with taking over as the France national team coach after UEFA Euro 2020.

For now, though, the only thing we know is that he has left the club. In a short statement, Real Madrid announced: “Real Madrid C. F. announces that Zinedine Zidane has decided to bring an end to his current spell as head coach of our club.

“We must now respect his decision and express our gratitude for his professionalism, dedication and passion over the years and what he means to Real Madrid. Zidane is one of Real Madrid’s great icons and his legacy extends beyond what he has achieved as a coach and player at our club.

“He is aware that he has a place in the hearts of the Real Madrid fans and that he will always have a home at Real Madrid.”

It was a short statement, but said everything that needed to be said: this is the end.

Numerous reasons exist, but the key reason is arguably exhaustion. Managing Madrid is like managing a country; it requires political nous as well as the ability to control arguably the highest-profile squad in the world. This leaves most managers feeling the strain after a short period of time. This year, Zidane has been increasingly terse with the media, providing increasingly short and snappy answers.

Stepping aside to watch a club rebirth take place, many key names of the Zidane era will leave. Under his watch, Sergio Ramos elevated himself for a quality defender to a genuinely elite winner at the highest level. Others, including Cristiano Ronaldo, cemented themselves as genuine legends of the club. With most of his old guard now leaving or no longer playing, though, and with Madrid in such poor financial health compared to previous years, it is almost impossible to imagine Zidane hanging around for the short-term pain that will come from a rebuild.

As such, he has walked away from Madrid and leaves the club with a new project to begin from scratch. It is the end of an era, arguably the most successful era of modern football history.