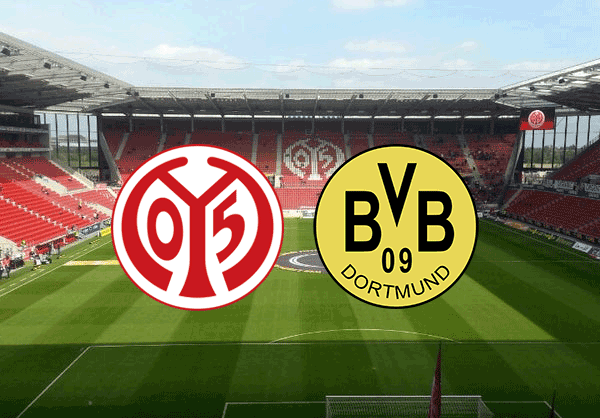 For most, the Bundesliga season has reached its most predictable point – FC Bayern with an 8+ point lead. The Bavarians stretched their lead after a win against Frankfurt last weekend, whilst nearest challengers Dortmund dropped the ball against Augsburg. Dortmund know that they are likely too far ahead of 3rd to finish any lower, but are now too far off Bayern to win the league.

For beleaguered coach Marco Rose, a return to his former playing club in Mainz offers a chance to try out some new ideas and start preparing the squad for a summer rebuild. He does, though, need results and performances to ensure he is there to see any building blocks come to fruition.

Mainz will be coming into this game with a important players missing. Among their key performers to miss out includes Jeremiah St. Juste with an injury, and Alexander Hack with suspension. Dominik Kohr will also miss out after being suspended. This leaves the carnival club with a few challenges to fix as they look to get back into form and finish higher up the league

Currently in 9th spot, they are 16 behind BVB but could push for European football with a win. The loss of such key players, though, does leave Bo Svensson with a few challenges to overcome.

Dortmund, meanwhile, have their usual eye-watering injury list. They will be without key players like Thomas Meunier, Dan-Axel Zagadou, Manuel Akanji, and Giovanni Reyna with injuries. Erling Haaland could return, but it appears his injury has been more serious than expected and his recent exit from the team has played a role in their season falling to pieces.

Haaland might return, and he must return fast as even youthful forward Yossoufa Moukoko will be out for the match after another muscle tear. The youngster has had no luck with injury, but the sheer volume of muscle injuries at Dortmund will cause concern for all involved.

Very few platers on the above list are expected back soon, so Marco Rose will need to be creative with his line-up. Though they have found success with a 3-at-the-back formation, the sheer quantity of injuries means it is unlikely that Rose will return to such a formation. Expect a makeshift Dortmund side with square pegs in round holes as Rose battles to find some form of winning combination for his team this season.

Mainz have won five on the spin at home, and are playing a Dortmund side with a propensity to blow up away from home. They have regularly scored goals away from home against Mainz, though, so the Dortmund fans will be hoping to see their usual 2+ goal performance away at Mainz.

However, they will be playing a team with the joint-best defence in the league, and will need to turn up at their absolute maximum. As this season has shown, though, a mixture of flaky defending with a gap-ridden shape means it is unlikely Dortmund will trouble Mainz enough offensively whilst keeping enough out the other end.