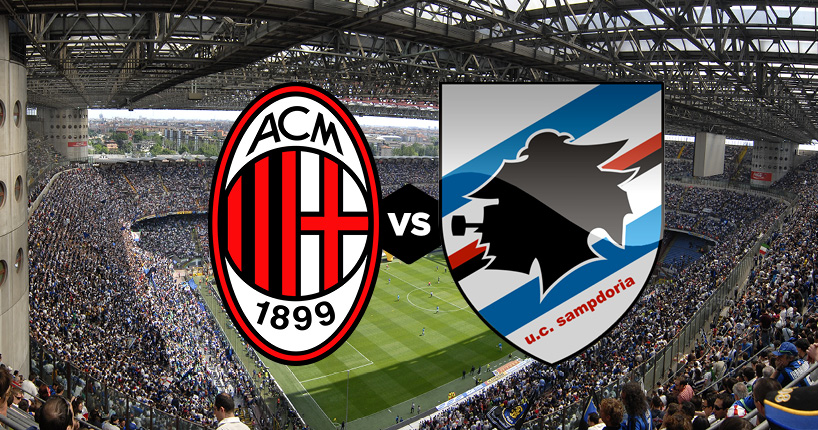 After a hugely gutsy and impressive derby win against Internazionale last weekend, AC Milan are flying. They destroyed Lazio 4-0 in midweek and set themselves up for a potential run at the Coppa Italia and the Scudetto. Having been potentially seven off city rivals Inter, Milan are now a point off the top of the table. A match at home to a sixteenth placed Sampdoria side feels like a good chance to pick up points, but Milan have form in the last two seasons for choking at key points. Will they do so again?

The Rossoneri come into this one with a few injury and suspension issues to see through. At left-back they are missing both Fode Ballo-Toure and Theo Hernandez through injury and suspension respectively. They are also without two key forwards in Ante Rebic and Zlatan Ibrahimovic. This leaves Milan extremely light in two key positions.

However, it is likely that the return to form of the likes of Fikayo Tomori could help to alleviate any defensive worries. Pierre Kalulu is expected to retain his spot at left-back. They will, though, have an impressively in-form Olivier Giroud to rely upon. The French striker has reminded most of Europe of his quality this year with some absolutely excellent performances.

Expect Milan to line-up with a Sandro Tonali and Franck Kessie double pivot as they look to control and dominate the match. Brahim Diaz will likely play off Giroud in what has been an increasingly fruitful partnership.

Sampdoria arrive into this one knowing they need some results soon, as they sit mired in 16th place in the league and facing potential relegation alongside city rivals Genoa. They will likely stick to the classic 4-3-2-1 formation they have played for much of the season. The loss of veteran duo Fabio Quagliarella and Manolo Gabbiadini has been a blow, with both players key in their past. Gabbiadini in particular has been playing at an international worthy standard.

His replacement will be another veteran in Francesco Caputo. Recent arrival Stefano Sensi will add a classy option in midfield to pair with veteran Albin Ekdal, Tomas Rincon, and the exciting Morten Thorsby. Antonio Candreva will likely continue his impressive run of games and form, too, giving Samp a chance to hope they can come out of this with a positive result.

Given Milan have seen an average of over 2.5 goals in recent matches, they have been a team who both score and concede a surprising amount of chances. Having not lost to Sampdoria for five matches, though, Milan will feel confident they can come through this one with success.

Giroud helped Milan to win with comfort in the midweek tie, and they will be taking on a Samp side who won 4-0 in their last game. For Milan, though, the carrot of winning to go top of the league should be enough to see them through what could be a tough and challenging match-up at home.